Home health Everything You Want To Know About Enzyme Composition

Everything You Want To Know About Enzyme Composition 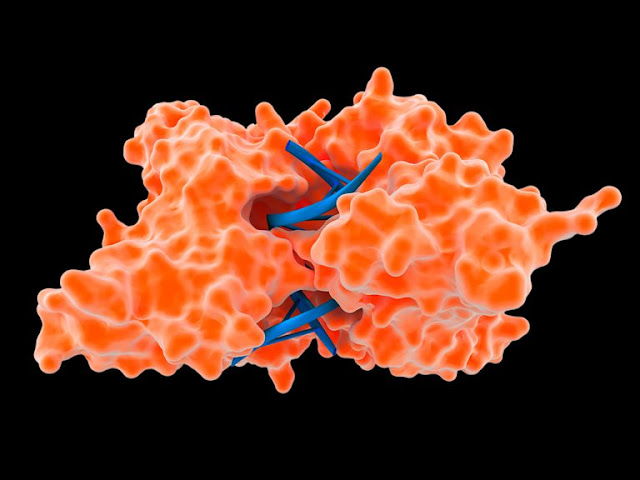 Proteins are divided into simple proteins and combined proteins. Likewise, enzymes according to the chemical composition can also be divided into two main categories: simple proteinases and conjugated proteases. General hydrolytic enzymes such as urease, protease, amylase, lipase, ribonuclease, etc. are simple proteases. The activity of these enzymes depends only on their protein structure. The enzyme consists only of amino acids and does not contain any other components. And transaminase, lactate dehydrogenase (LDH), carbonic anhydrase, and other oxidoreductases are all bound proteases. In addition to protein components, these enzymes also contain small, non-protein molecules that are stable to heat. The first is called an apoenzyme, the second is called cofactors. When enzyme protein and cofactor exist alone, there is no catalytic activity. Only when the two are combined into a complete molecule can they have enzyme activity. This complete enzyme molecule is called a holoenzyme.


Enzyme proteins and cofactors play different roles in the catalytic reaction of holoenzymes. The enzyme protein determines the specificity and high efficiency of the enzyme reaction, and the cofactor acts directly as a carrier for electrons, atoms, or certain chemical groups, participates in the reaction, and promotes the entire catalytic process.


According to the structural features of proteins, enzymes can be divided into three categories:

Enzymes with only one polypeptide chain are called monomeric enzymes and cannot break down into smaller units. The molecular weight is 13,000 - 35,000. There are few such enzymes, and most are enzymes that promote the hydrolysis reaction of the substrate, i.e., hydrolytic enzymes, such as lysozyme, protease, and ribonuclease.

Enzymes that consist of several or more subunits is called oligomeric enzymes. The subunits in the oligomers can be the same or different. The subunits are joined by non-covalent bonds, which are easy to separate for acids, bases, high concentration salts, or other denaturants. The molecular weight of oligomers ranges from 35,000 to several million. Such as phosphorylase a, lactate dehydrogenase, etc.

The complex formed by the chimerization of different enzymes with each other is called the multi-enzyme system. The multi-enzyme complex is conducive to the continuous progression of a series of reactions in the cell to improve the catalytic efficiency of the enzyme. Computer Technology Articles, while at the same time helping the body to regulate and control the enzyme. The molecular weights of multiple enzyme complexes are all higher than several million. Such as pyruvate dehydrogenase system and fatty acid synthetase complex are multi-enzyme systems.