Home health The Coronavirus And Its Spread By Suppression Of Information

The Coronavirus And Its Spread By Suppression Of Information 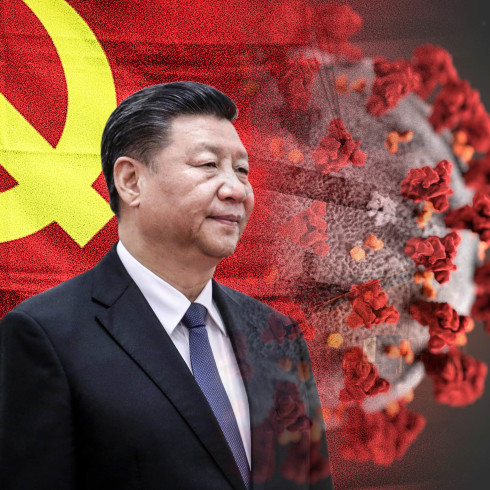 Like everyone else, I have been bombarded with news and information about the "Coronavirus". I can't help feeling the pressure of this viral outbreak when you walk into a supermarket and there is no toilet paper. Any type of paper suitable for wiping yourself has disappeared from panic created only by people living in panic. There is absolutely nothing short of it except the shortages created by the panicky people hoarding for no good reason. This hoarding ensures that people who are not in a panic are also hoarding.

I am already sure that most, if not all, flu viruses come from China and this has already been established. It has been reported that U.S. drug representatives go to China every year before the flu season to get a sample of the flu virus and make a flu vaccine before the flu virus migrates to the United States. Some years the created flu vaccines are great and some years the created vaccine is insufficient.

The laboratory in Wuhan, China, where the Coronavirus comes from, is located next to a large river. The Coronavirus seems to do well in humid climates next to large bodies of water. Really major outbreaks are in coastal areas of the United States and near waterways. Las Vegas I expected a major outbreak like New York because of the massive tourism and Chinatown there, but there are only 3,000 cases with 139 deaths across the country (Clark County) due to the dry climate, in my opinion where moisture evaporates quickly after leaving a person's mouth.

The southwestern desert is naturally very dry even when it rains and except in some cases (less than 500 infections and less than 200 deaths) in the major counties of Clark (Las Vegas, NV.), Maricopa (Phoenix, AZ. ) And Pima (Tucson), AZ.) With massive tourism and immigrants in the southwestern desert, arguably the best place to be during this Coronavirus outbreak, just stay away from the 3 cities mentioned above.


Quote From Sciencing: Another characteristic of a dry climate is that evaporation is often greater than precipitation. This results in a climate that lacks ground moisture due to the low average rainfall and rapid evaporation of the precipitation that does fall.


What I'm saying are the droplets ejected while they talk and sneeze dry up very quickly in the southwestern desert, while droplets ejected in coastal cities remain moist for 2 or more hours. The northern central United States and Alaska have the least coronavirus outbreaks, but that appears to be due to the lack of massive population centers, Chinese immigrants, and tourism.

As for the closing of the United States, I think it had to happen because very few face masks were available for public use. I certainly hope that the US government will draw as much critical and non-critical production from China as possible and back to the United States. The governors and federal government could have saved American citizens a lot of pain and hardship if they had given away free face masks to everyone in the country. Stopping the economy had to be done to save lives as elected leaders in the past gave away production of the United States.

Opening up the US economy and reducing the spread of the coronavirus must be done through "face masks". Many people I see already wear face masks, but many don't. A law that obliges everyone to wear face masks, "?" for the health risk measure, it wouldn't be bad if free or affordable face masks were available for working poor and homeless people. Inadvertently making someone else sick is not a crime, but should be kept to a minimum. The police will have a hard time identifying criminals, but the virus will go extinct. The Chinese government has hoarded over two billion face masks, and I bet everyone in Wuhan China got one. $ 2 trillion was spent in the United States to support businesses and families, and I expect it would have been cheaper without harming the economy if the U.S. government had enough face masks to give people in the Coronavirus escape zones.

People who are young and naturally take a daily percentage of the vitamin "Zinc", which is 15 mg, are most likely to shed and not get the coron virus. Zinc is a natural deterrent to the Coronavirus, and older people are most likely not taking in enough of this mineral or taking a supplement. I heard our President "Donald Trump" say he needs to import more zinc in a short statement because he ran out of one of his daily briefings on the Corona virus. I myself am already vitamin heavy due to medical conditions that torment me. Zinc has been a fixture with me for many years along with other vitamins. A person can still contract the coronavirus that uses zinc, but zinc is a great deterrent that prevents the coronavirus from surviving.

The economy must remain closed in areas and I mean areas with high outbreaks that need face masks for everyone to wear. Areas with minor outbreaks should also be given face masks, but keep area economies open. Areas without outbreaks must be able to operate freely. The economy needs to be restarted, and as long as face masks prevent the coronavirus from being ejected from a person's mouth, no harm can be done. It is said that many Coronavirus carriers do not show any symptoms, so a face mask over the respiratory tract of anyone stopping droplet emissions appears to be the likely cure until the Coronavirus dies naturally because it cannot spread.